Turntable Arm Base for our 2017 Mars Rover

One of my first major projects as part of the mechanical subteam of the Waterloo Robotics Student Design Team was the turntable base that allowed the arm of the rover to rotate. To provide some context for rest of my description, here’s the entire rover with my contribution highlighted in yellow. 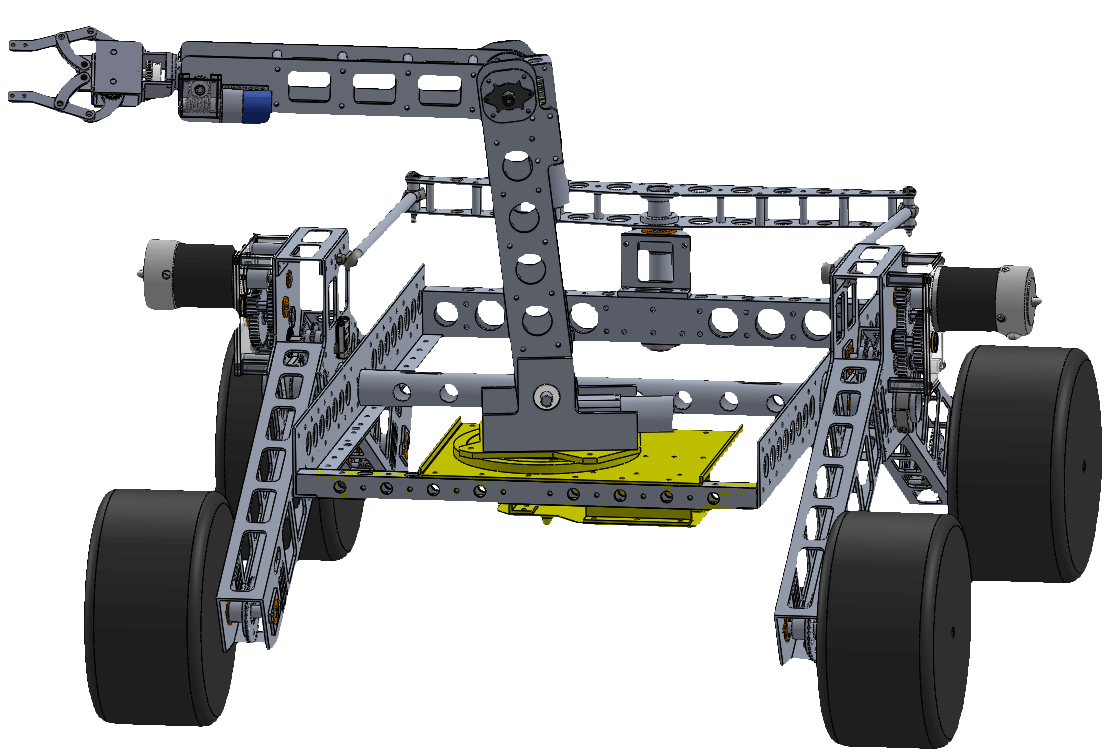 My task was to design a system capable of withstanding the forces and moments exerted by the arm when fully extended and grasping a 5 kg payload while allowing the arm to rotate about the vertical axis. I incorporated mechanical locking into the design via a worm gear and used a planetary gearbox to achieve the desired rotation speed compactly. I mounted an encoder to the bottom of the driven axle instead of the more accessible intermediate, horizontal shaft to reduce errors in the controls due backlash and slop.

The thrust load of the worm was compensated for by a fairly hefty piece of C channel that served as the primary locating feature of the design. The additional sections of C channel were added to join the top and bottom plates and to provide a flat surface so that tape could be wrapped around the motor and gears to provide a dust protective enclosure.

One of the biggest problems I ran into with this design was sourcing a lazy susan bearing with proper mounting holes for under $100. There seemed to be a hobbyist/furniture tier of bearings and then a professional machinery tier of bearings and very little in between. I reached out to a few companies inquiring about the moment loading capabilities of their bearings with little luck. Eventually I took a risk and bought the three poorly documented bearings shown below for about $14 each. We did some testing and determined that two nested together could easily withstand the loads the arm would place on them, but there were some issues with the concentricity of the bolt patterns relative to the rings themselves that required some extra machining.

Aside from that, the design came together and functioned quite well. I did all the machining and assembly myself and learned quite a bit about designing for manufacture and assembly along the way. The gif near the end of the image slider below shows the turntable in action. 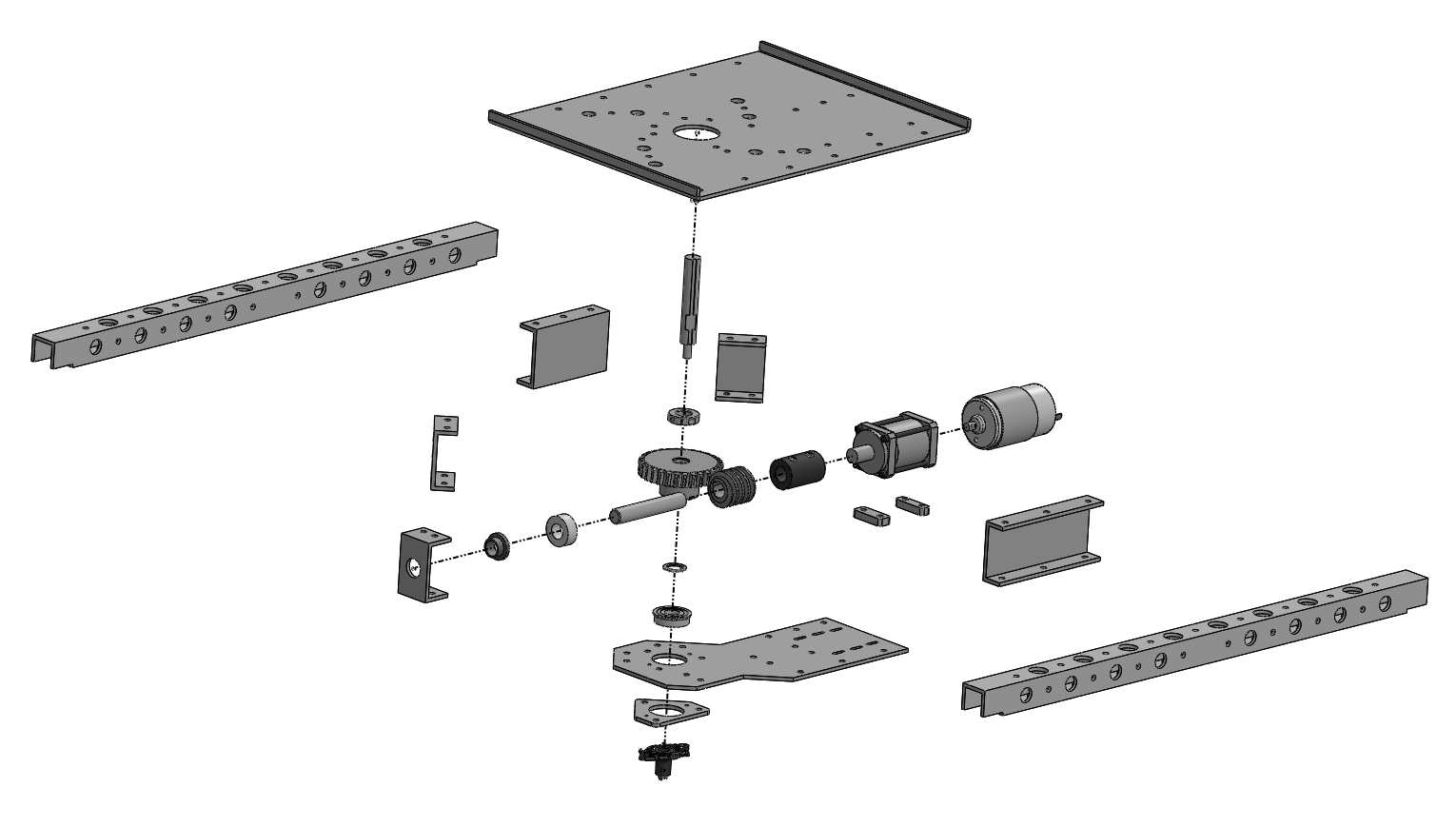 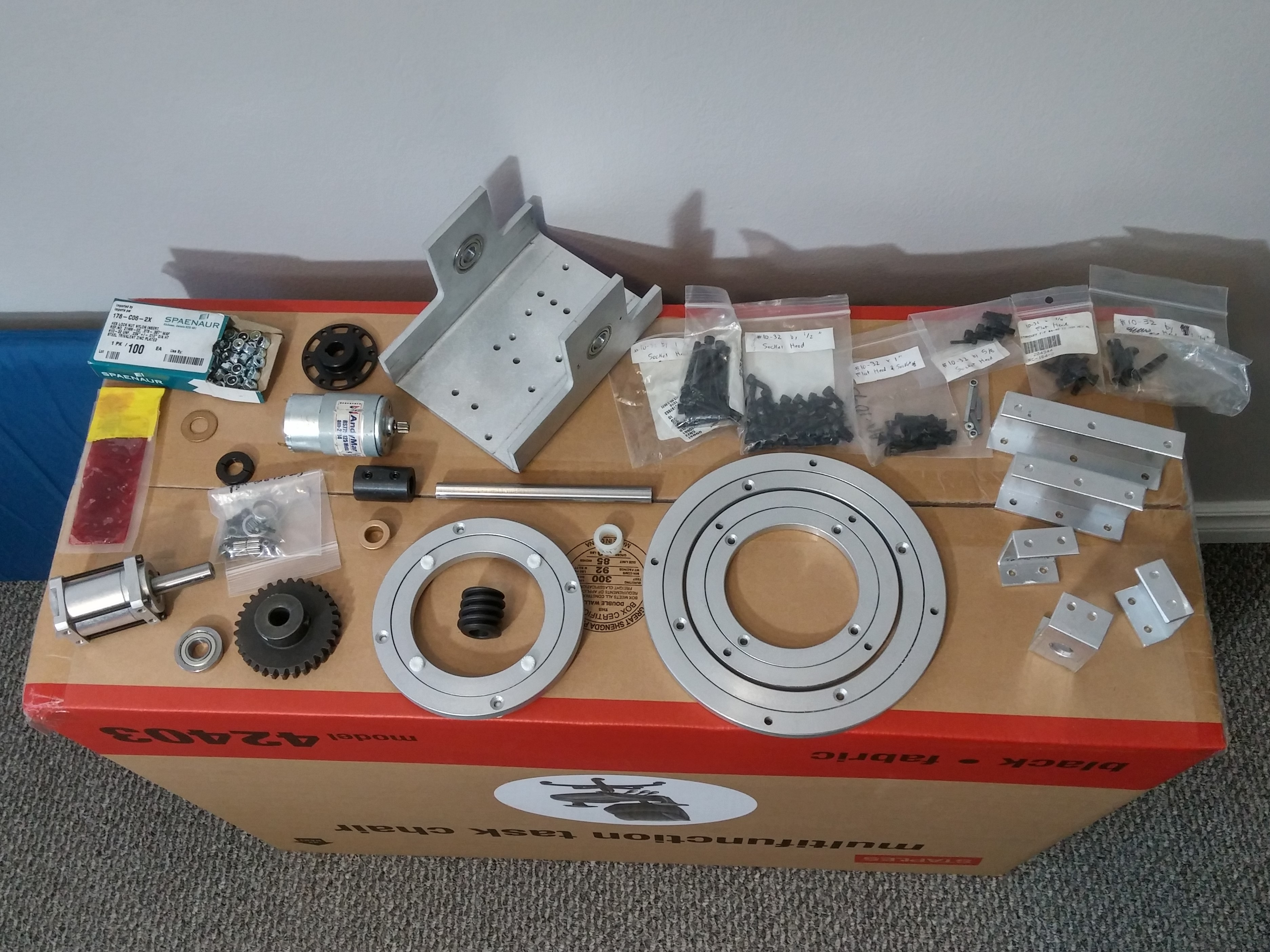 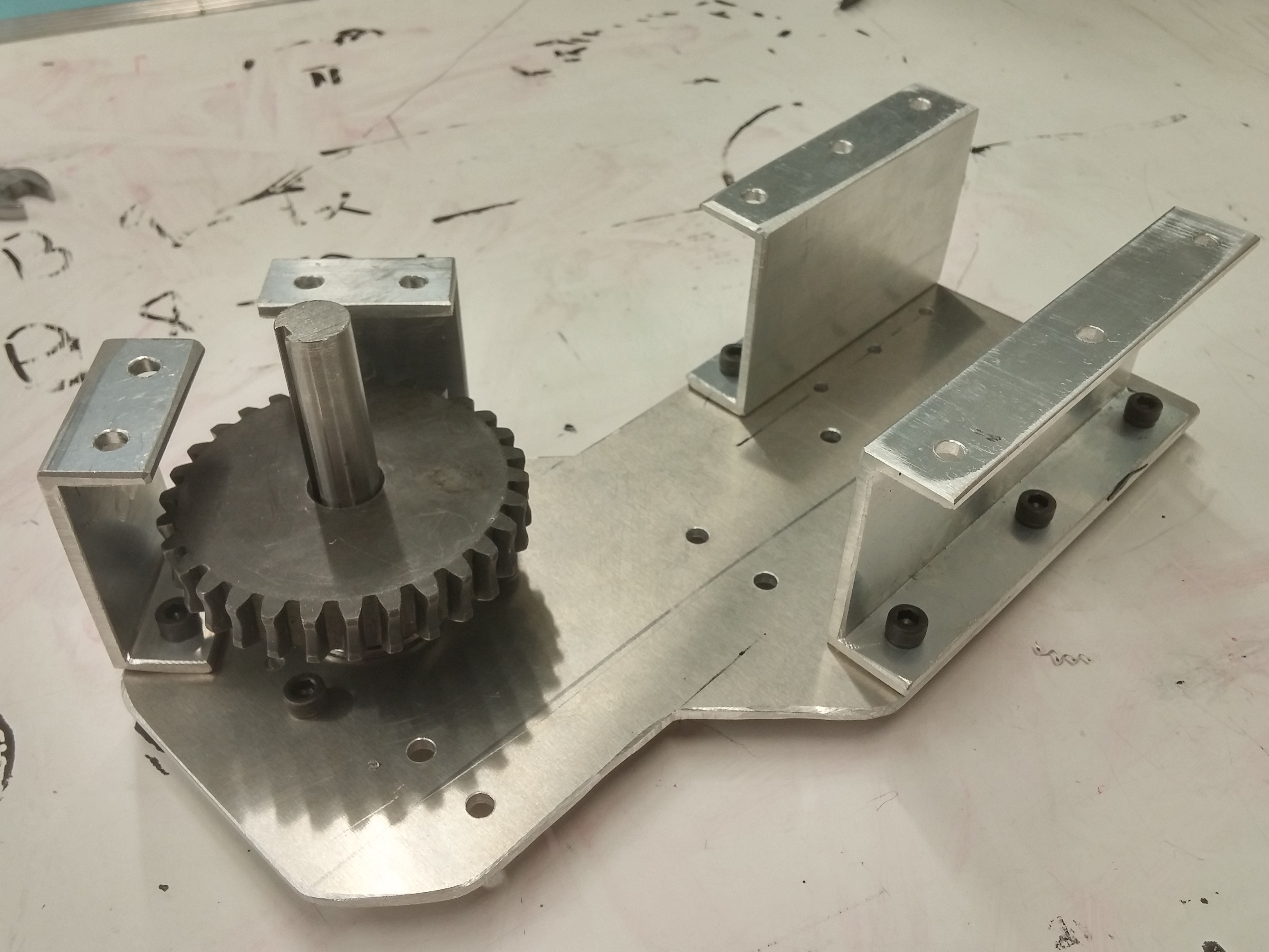 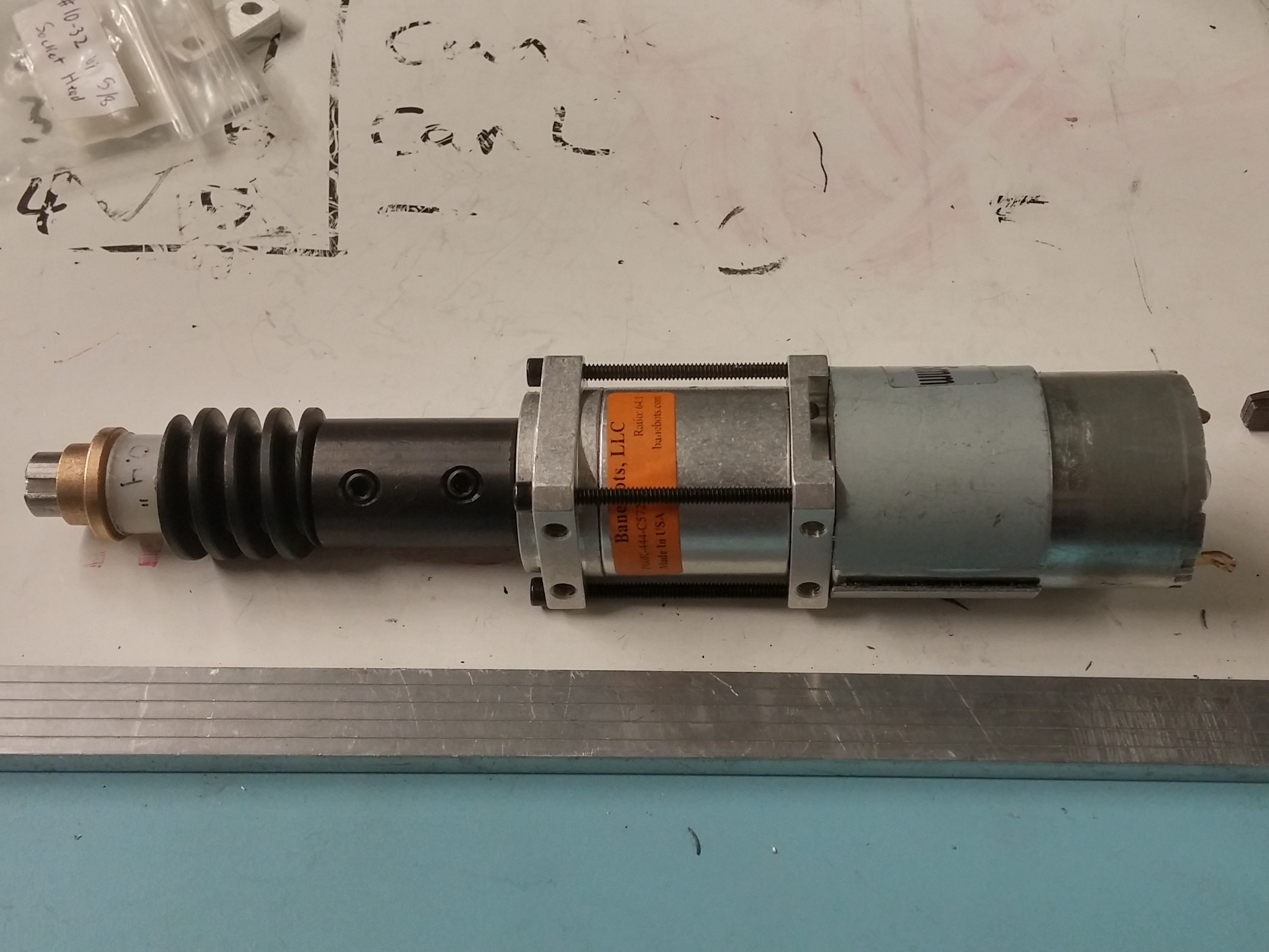 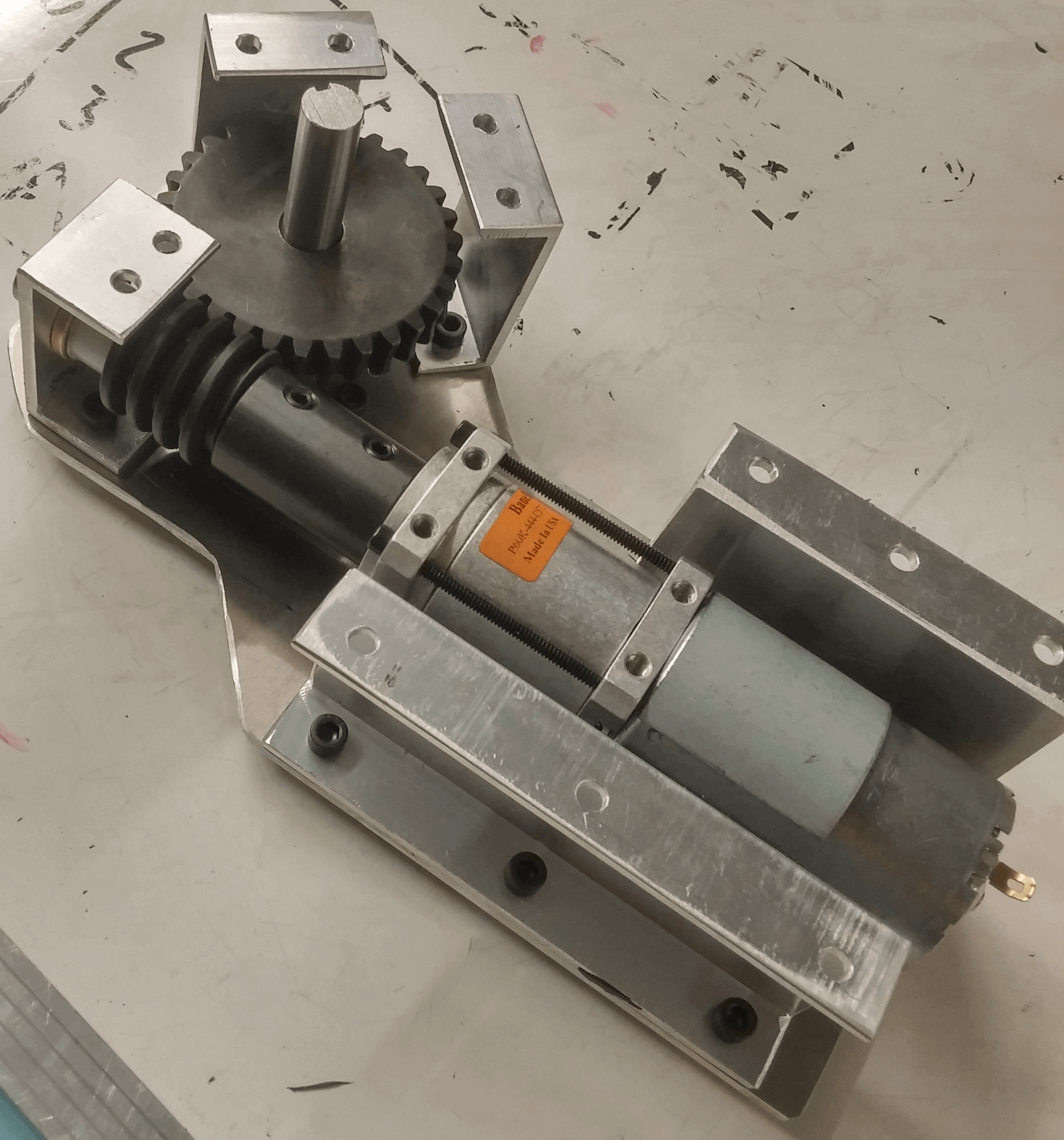 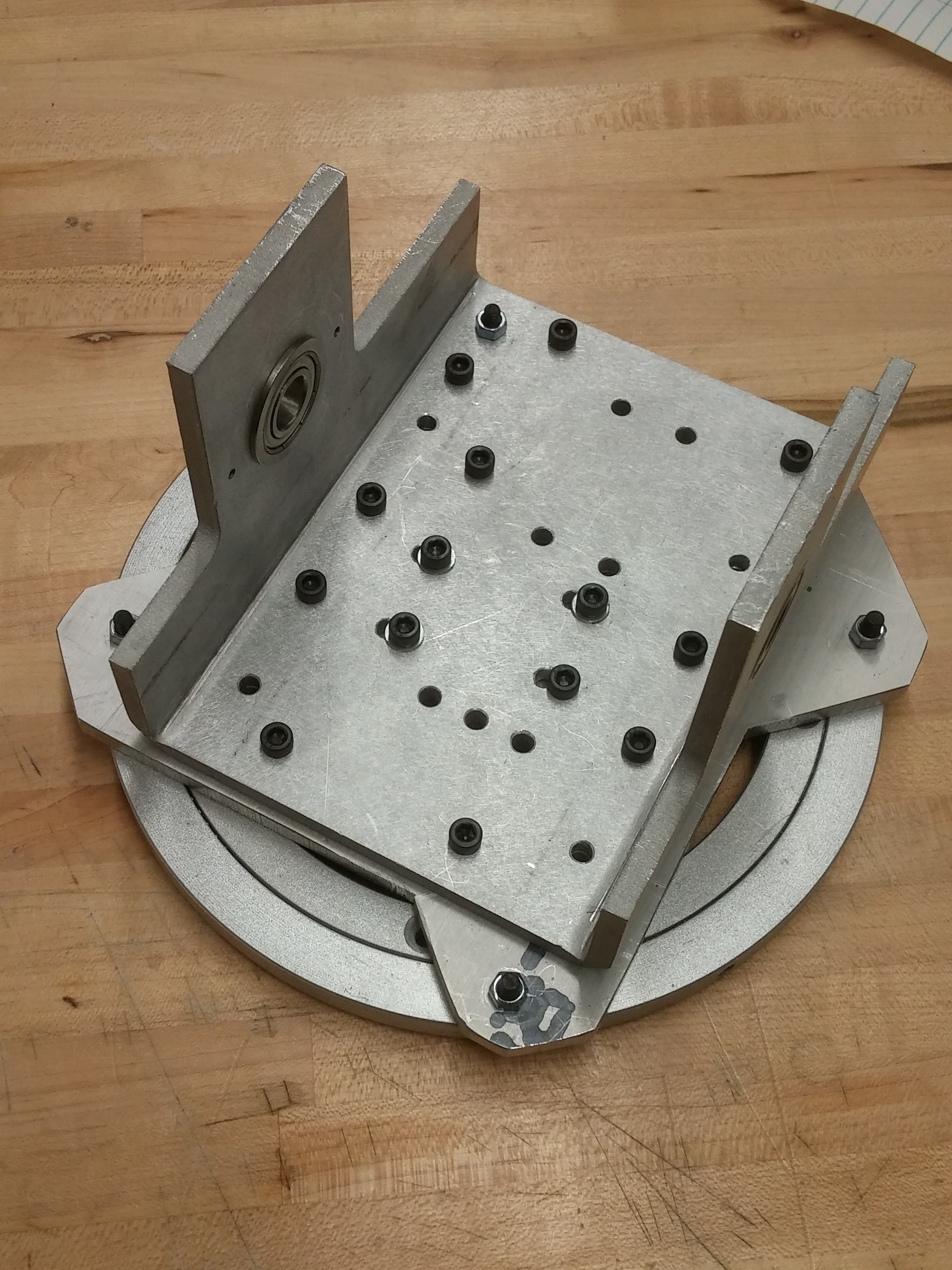 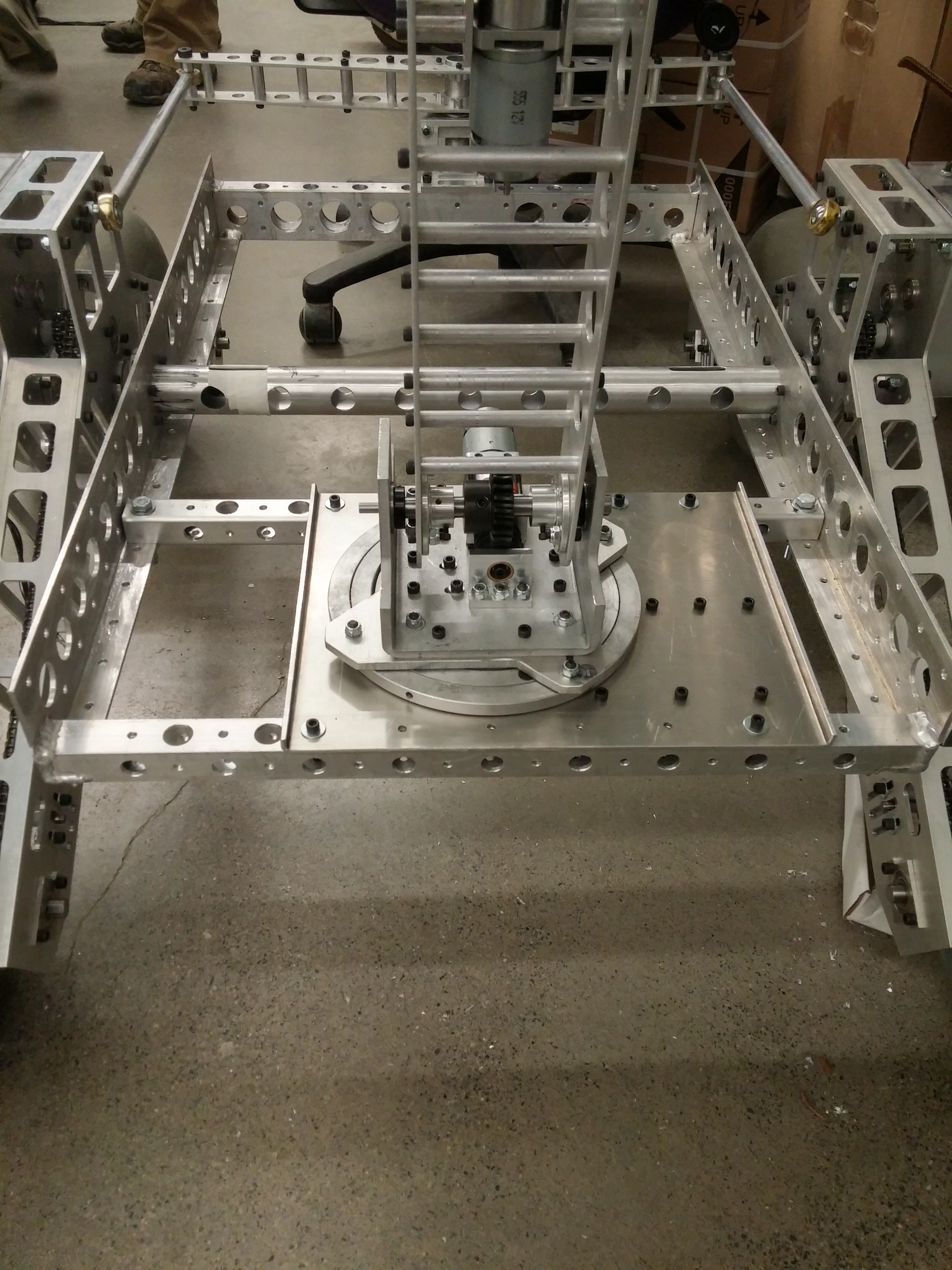 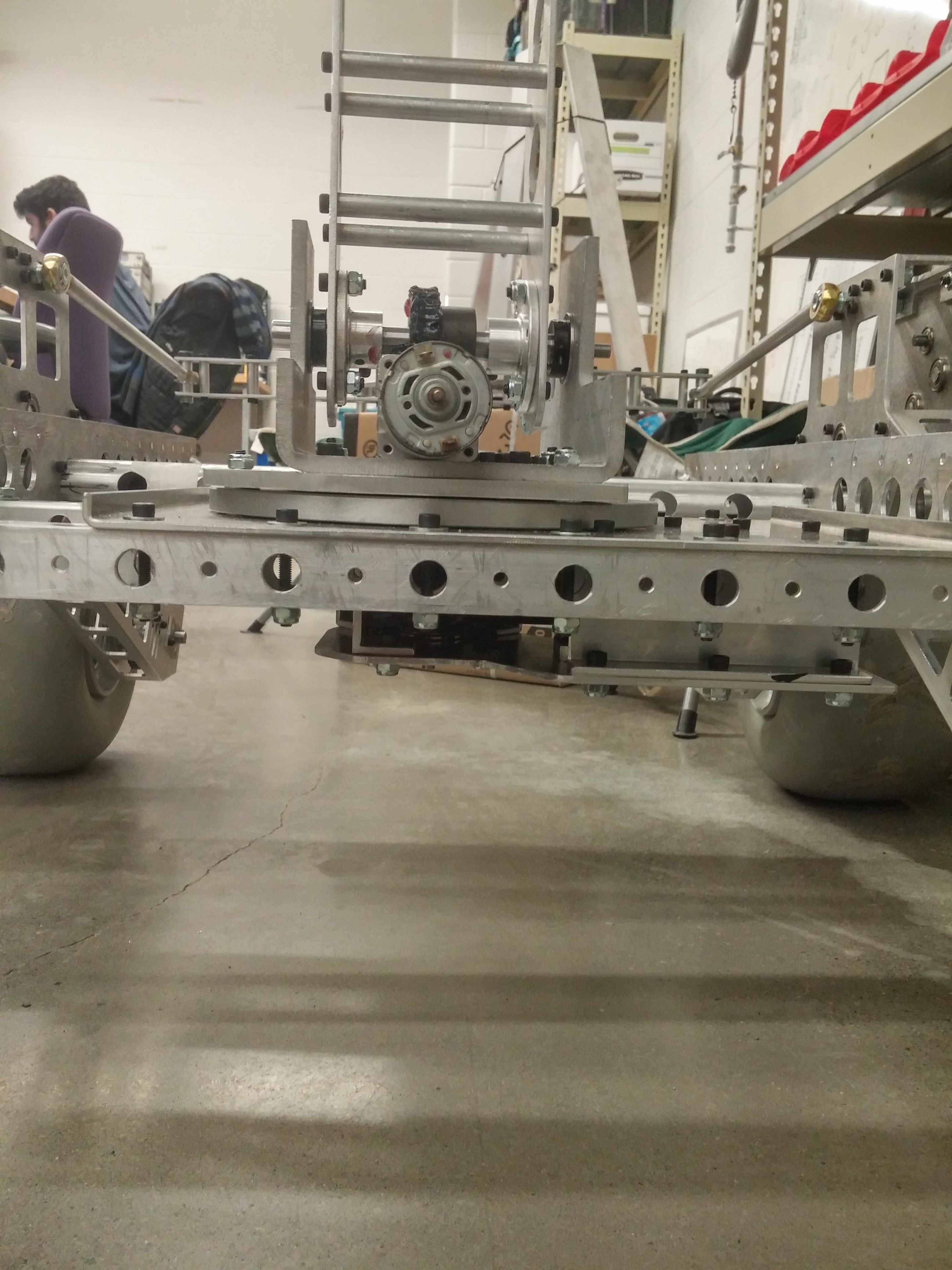 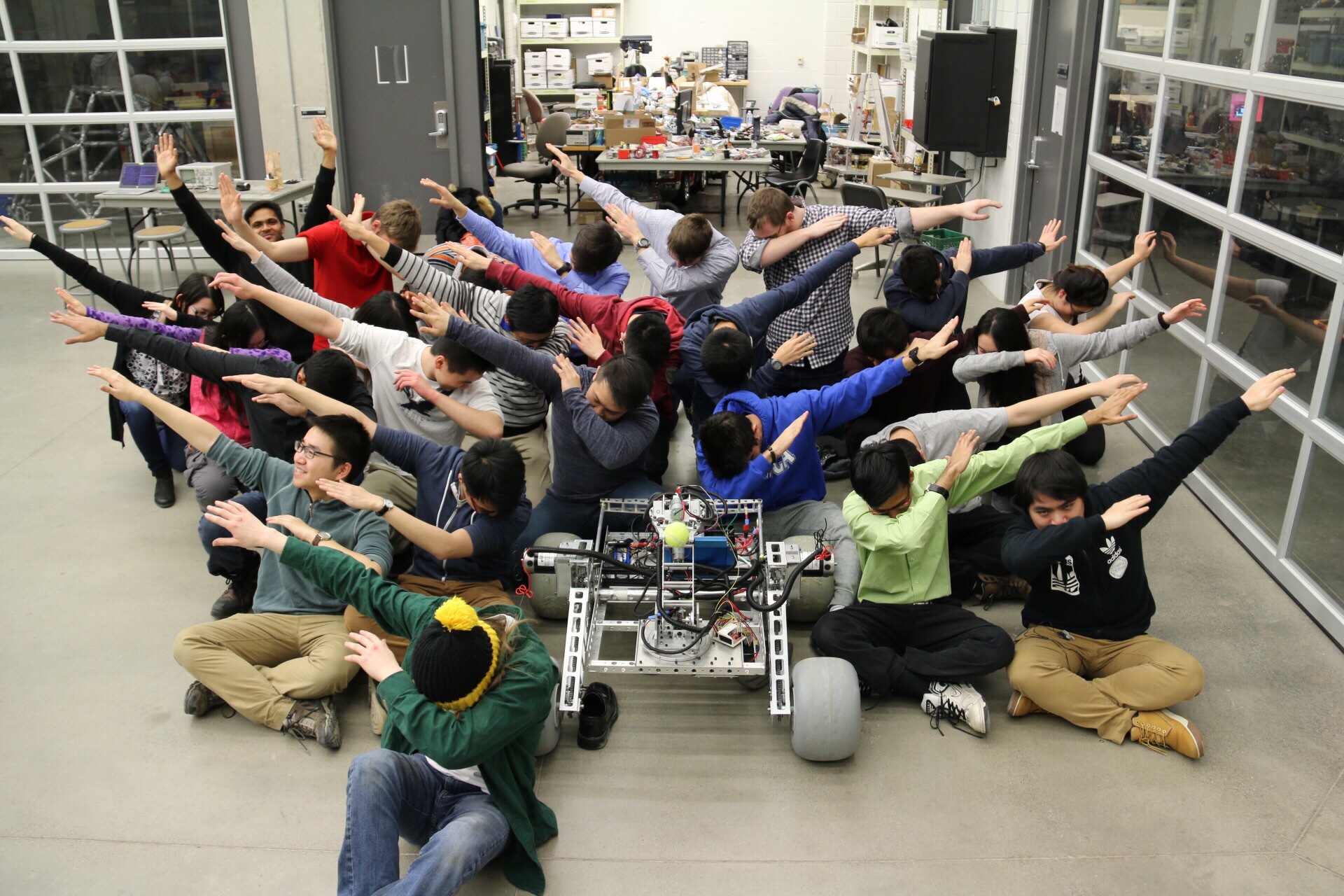